Part 6 – Journey Thru Israel: Chronicles of an Israel Tour

We bid a sad farewell to the Galilee and start heading through the Jordan Valley. Part of this journey transits part of the West Bank on a highway controlled and patrolled by Israel. We pass through acres upon acres of agriculture. Israel invented the drip water irrigation system and has taught it to the Arab farmers (as well as the Jordanians). They live in peace. It’s not what the media portrays.

We are heading south, into the desert. It is unbelievable what the Israelis have been able to grow in this wasteland…but it is far from that. You will see thousands of date palm trees growing in salty soil. When it rains, the salt rises to the surface and the farmers have learned how to “wash” the soil to rid it of the salt. If you look closely, you may see a herds of goats, sheep, and even camels. 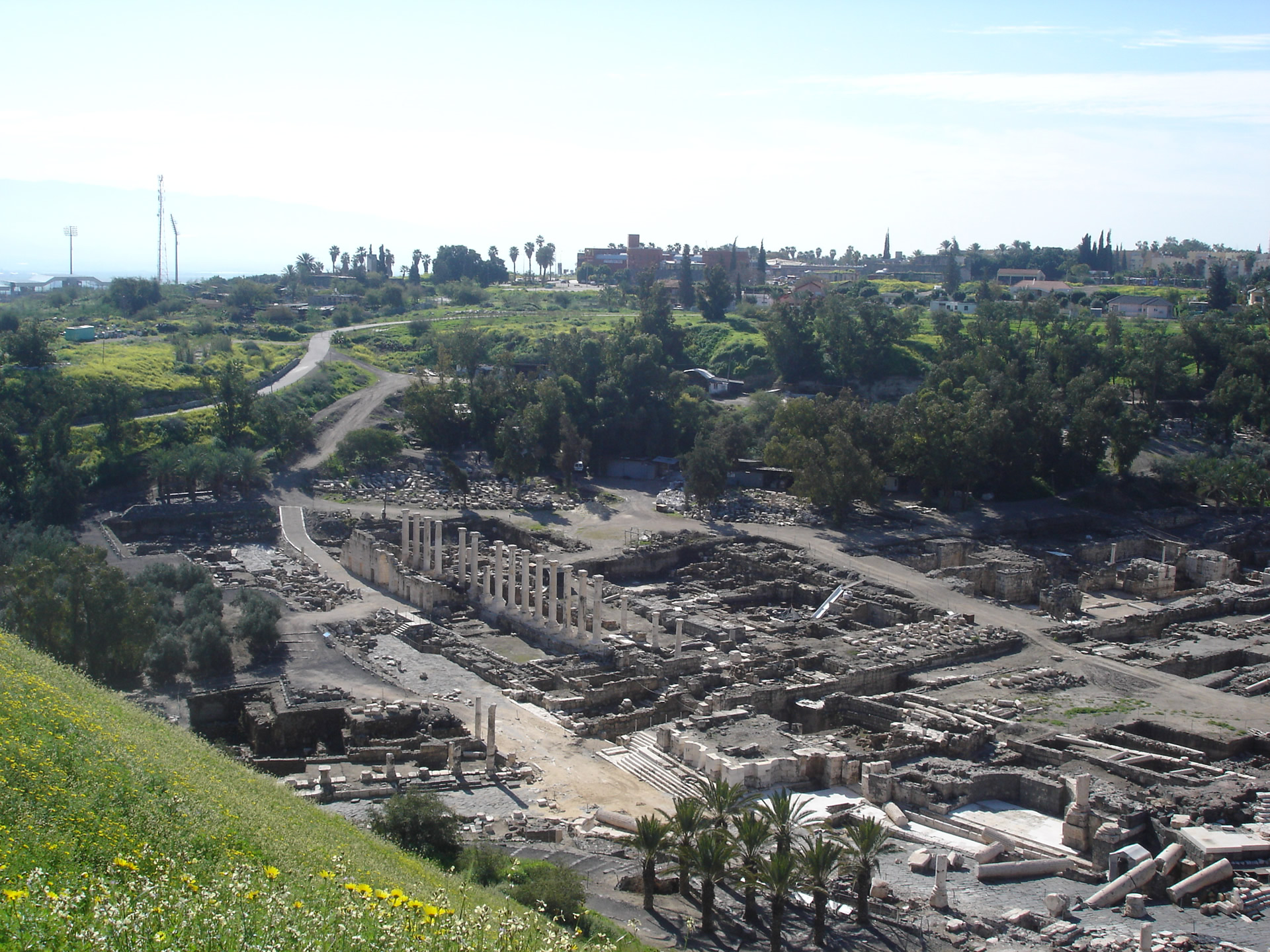 DAN: I am told that this site was discovered when a farmer was plowing his field and hit one of these columns. Can you imagine the digging process? Once you walk this site you will be astounded that all of this was uncovered between 1989 – 1996! On the hill of the Tel would have been where the bodies of Saul and Jonathan were hung. This is one of those places that will take your breath away!

SHARON: I remember the first time I walked through the gates and what I saw was an overload to the senses. As we learned the history of this site and then walked through the Cardo, the bath houses, the theater, and saw the original mosaics – history became alive. Having grown up in Southern California and only seen historical sites of about 100 years, this was totally mind boggling. They actually have communal marble toilets here and the servants of the wealthy would be sent there to sit and warm up the seat for his master! Now, that’s taking servanthood to a whole new level. Come and see! 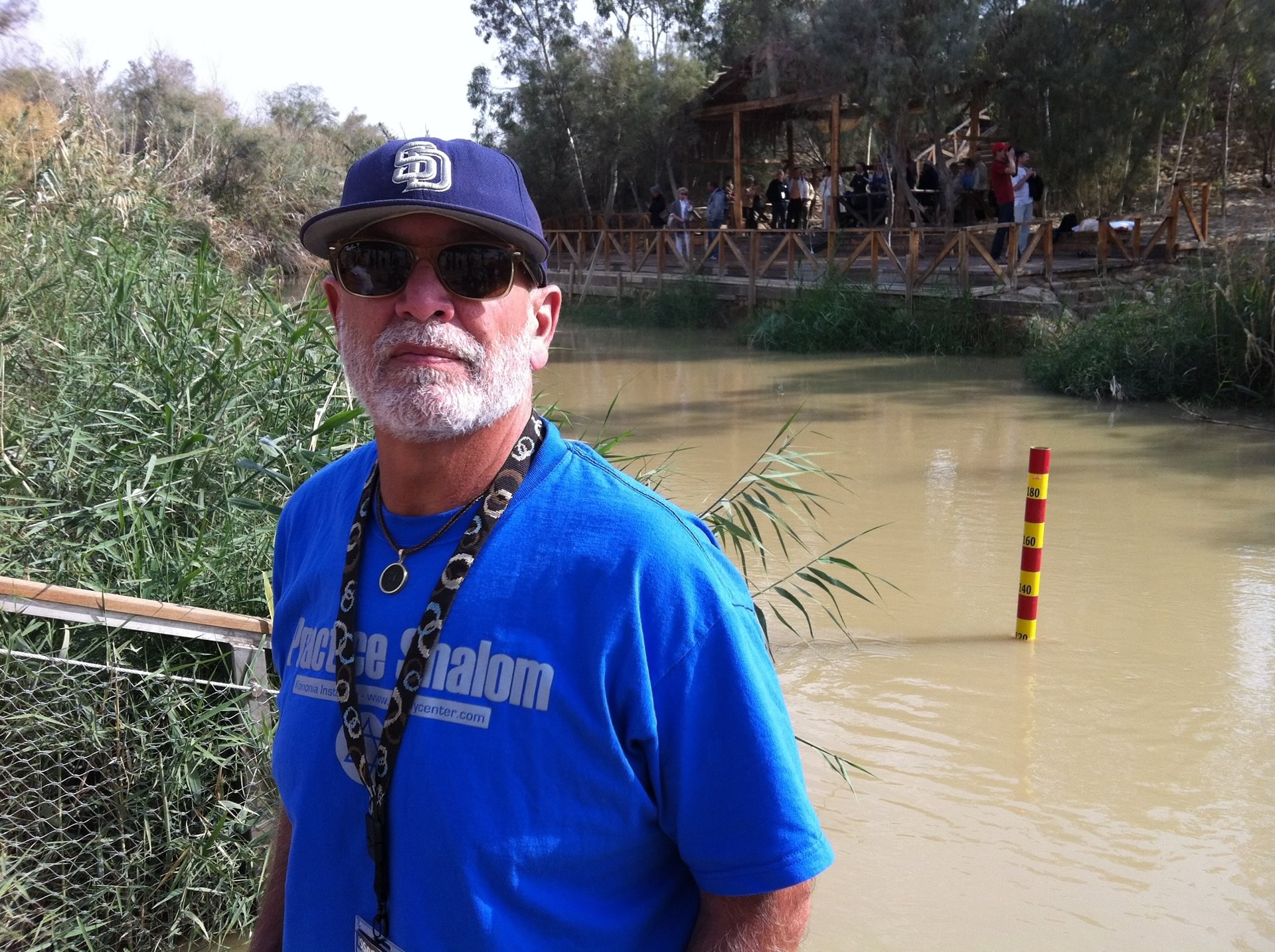 DAN: There was a time when we used to baptize up in the Galilee at a place called Yardenit. It is located right where the Jordan leaves the Galilee. A few years back, Qasr el Yahud was opened and its location and historical significance forced us to make the change. This place is located at the base of the Judean Hills right across from Jericho. No doubt this would have been both the area in which John the Baptist would have been baptizing as well as the area of ancient Gilgal – the place where the children of Israel crossed on their way to Jericho.

SHARON: The “mighty Jordan,” right? Well, not today. At this location, the river is about 20 yards wide, at the most. On one side is Israel and the other is Jordan. Tour groups in Jordan also baptize here on their side of the river. At one of our baptisms, there was a Christian group on the other side, worshiping. We were worshiping. Pretty soon, we decided to just sing the same songs and worshiped together. Heavenly songs being sung in unison…Jordan and Israel. It’s how it should be.

On another visit, on the Israeli side, there was a school group consisting of about 75 young Muslim girls. They watched what we were doing, fascinated but not understanding. When Dan was done, one of the chaperones came up and asked “Would you explain to us what you were just doing?” It was a genuine question. Dan was able to share the gospel with the chaperone and she translated to the group. God is good.

DAN: EVERYBODY (and I DO mean EVERYBODY) can float in the Dead Sea! This is an incredible experience and you all should take the plunge. Also, it’s a good place to “mud up;” it really is hard to describe the tingling sensation. The healing properties of the Dead Sea are well known. Did you know that a number of medical insurance companies in Europe pay to have skin care patients spend two weeks here at a 5-star resort because of the healing properties of the minerals in the water?

SHARON: By this time in the trip, it’s time for a breather. That is what our overnight at the Dead Sea is meant to be…a time of relaxation, rejuvenation, getting ready for the ascent into Jerusalem. Dead Sea Minerals is the largest industry in all of Israel and is open 24/7/365, including Yom Kippur. I always remember how the common teaching on the Dead Sea is that it is dead because water flows into this body of water but doesn’t flow out…it doesn’t give. But then I think of all the healing properties it has and isn’t that just like God? To turn something dead into something that gives healing?