Part 9 (Final) – Journey Thru Israel: Chronicles of an Israel Tour

As we conclude our Chronicles through the sites of Israel, it is Dan’s and my desire that you would consider joining us (or re-joining us) on a trip of a lifetime. Feel free to contact me at: sharon@hgexplorations.com to check on availability of our various tours. Thank you for “walking” with us through our words. Prayerfully one day you will walk with us in person! 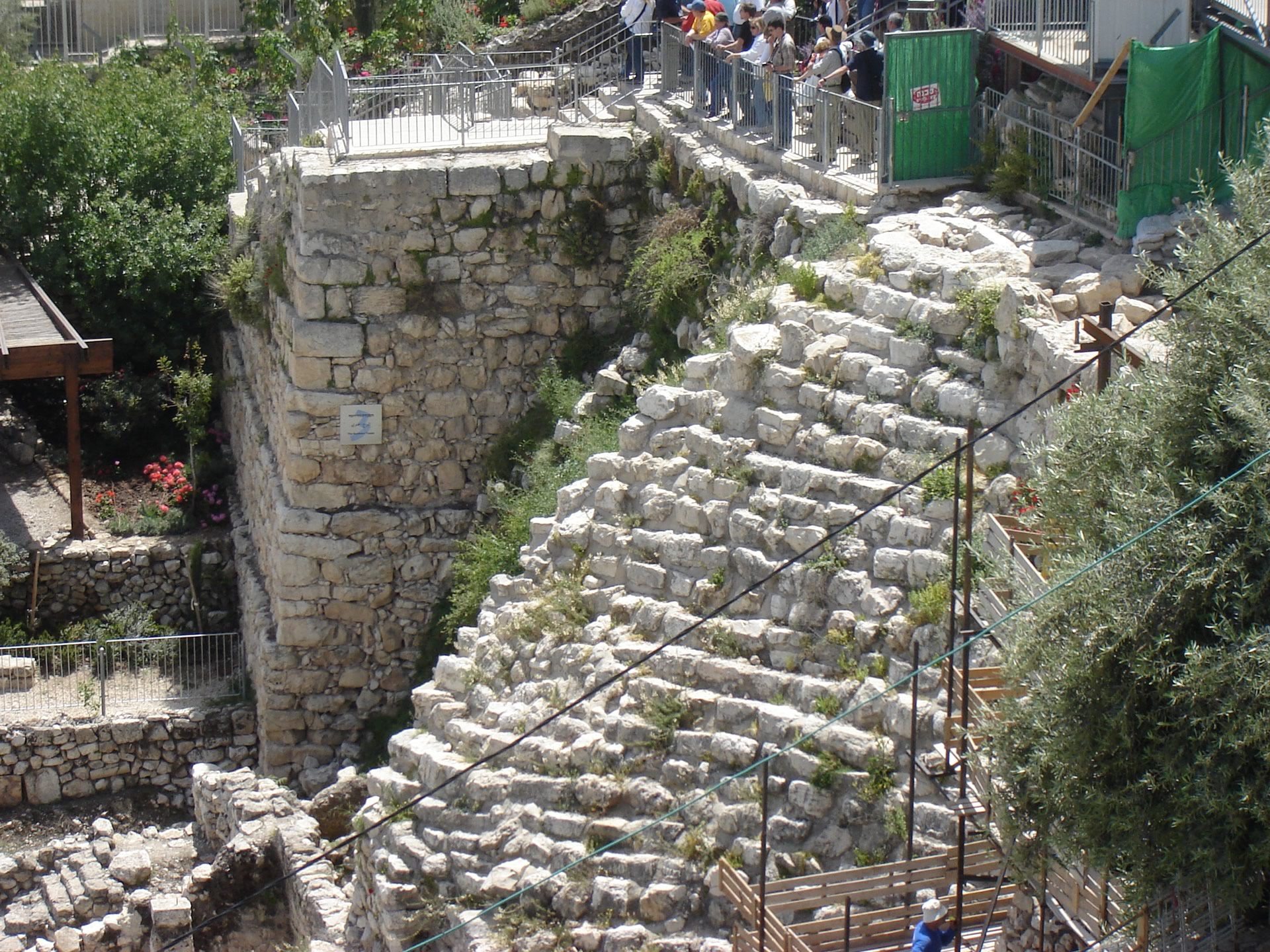 DAN: The Place where it all began … the City of David. There is no doubt when you traverse through this site that you are IN the City of David! Portions of the walls that you see are the walls that Nehemiah restored upon his arrival from Babylon! Think about the history that is right before your very eyes! We make our way down through the tunnels with a stop to see the water channel going through Hezekiah’s Tunnel. After leaving the tunnels, we see the Pool of Siloam, the place where Jesus healed a blind man! Soak it all in, for this IS the place! Finally, as we leave the Pool we will again walk underground to the edge of the Temple Mount – the place where Solomon built the first Temple!

SHARON: We have been through this site countless times and each time we see new discoveries having been unearthed. The City of David is on a hillside, overlooking mostly Arab residences. You can see how easy it was for David to have “peeked” at Bathsheba bathing as the houses are tiered down the hillside. I know the miracle of healing the blind man occurred here at the Pool of Siloam, but one of our members experienced his own miracle. We begin our visit here with a 3D movie, recounting the history of Israel. Victor had NEVER EVER been able to see in 3D. As the lights dimmed and the movie began, for the very first time in his life, God allowed him to see in 3D. He wept. Thinking it may have been the 3D glasses, he rushed out after the movie with the glasses, to see if he could still see with depth perception. Alas, his miracle was for “such a time as this” … a miracle nevertheless. 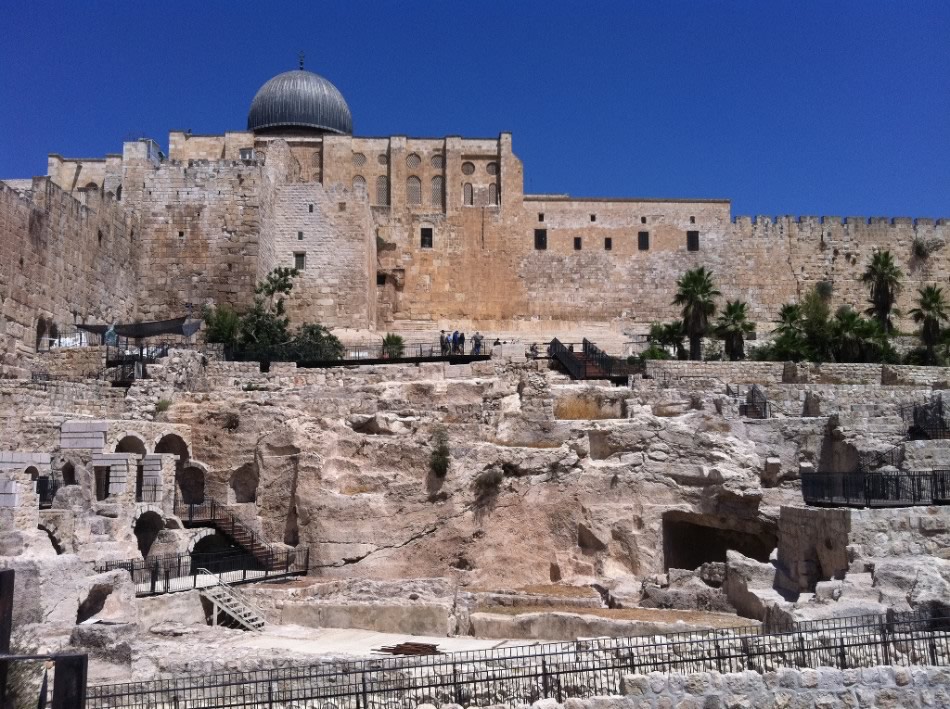 DAN: As we sit on these steps we are reminded that this was one of the main entrances to the Temple. These steps are also called the Rabbinical Steps because it was from here that many of the Rabbis would teach. It is not hard to imagine Jesus in this spot overlooking the entrance to the Temple, where the money-changing tables would have been close by. I often ask our people, as they sit on these steps, to think about the most personally impactful teaching of Jesus and how that has affected their lives. Again … HE was here!

SHARON: There are many sites in Israel where the guide will say “It is likely this is the spot” … or “Maybe this was the site, we don’t know.” Sometimes sites will be described as the “traditional” site for such and such. But you know what. THIS IS THE SPOT! Jesus would have walked these steps, there is no doubt. You can actually see the cardo where the money-changers’ tables were set up before Jesus smashed them to the ground.

There is an astounding true story that Jane tells. Neil Armstrong was visiting Israel. He asked his guide: “You have taken me here and there, saying that possibly Jesus was here or there. Is there any place in Israel you can take me that you know for sure that He was there:?” The guide took him to the Southern Steps before the Southern Steps had been opened to the public. His guide told him that Jesus had definitely walked these steps. Neil Armstrong began to weep. The guide was afraid he had said or done something to upset the astronaut. Neil Armstrong said: “I may have been the first man to walk on the moon, but THIS is my greatest moment of my life!” 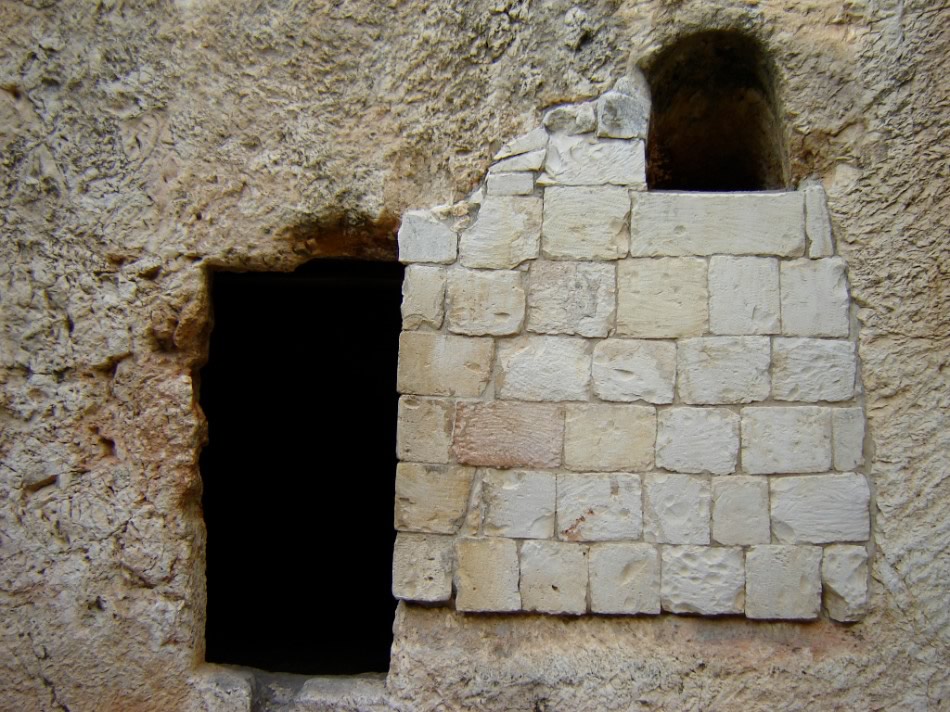 DAN: Towards the end of our time together, we make our way outside the Old City walls of Jerusalem to a garden that is located at the base of a rock cropping that resembles a skull. Here in this garden there is also a rock-hewn burial place where there was a rolling stone. Many believe that this is the place of the Garden Tomb. Here we will pause for worship and communion and we will REMEMBER the victory over death that this empty tomb represents. One by one people from all walks of life and from so many nations make their way into this Tomb and, when they exit, they all say the same thing: “He is not here … He is RISEN!”

SHARON: There are two possible sites for where Jesus was buried: here at “Gordon’s Calvary” (otherwise known as the Garden Tomb), or at the Church of the Holy Sepulchre. It truly doesn’t matter which is the accurate site – both are empty.

While all we have experienced culminates at this site, truly this site is just the beginning. The tomb is empty! Jesus’ crucifixion was the end of the beginning.

We hope you enjoyed Chronicles of an Israel Tour!
Ready to see Israel for yourself?