Part 7 – Journey Thru Israel: Chronicles of an Israel Tour

Today’s Chronicles finds us in the desert, where we experience the ancient fortress of Masada, the beauty of En Gedi, and the miracles surrounding the Dead Sea Scrolls at Qumran. 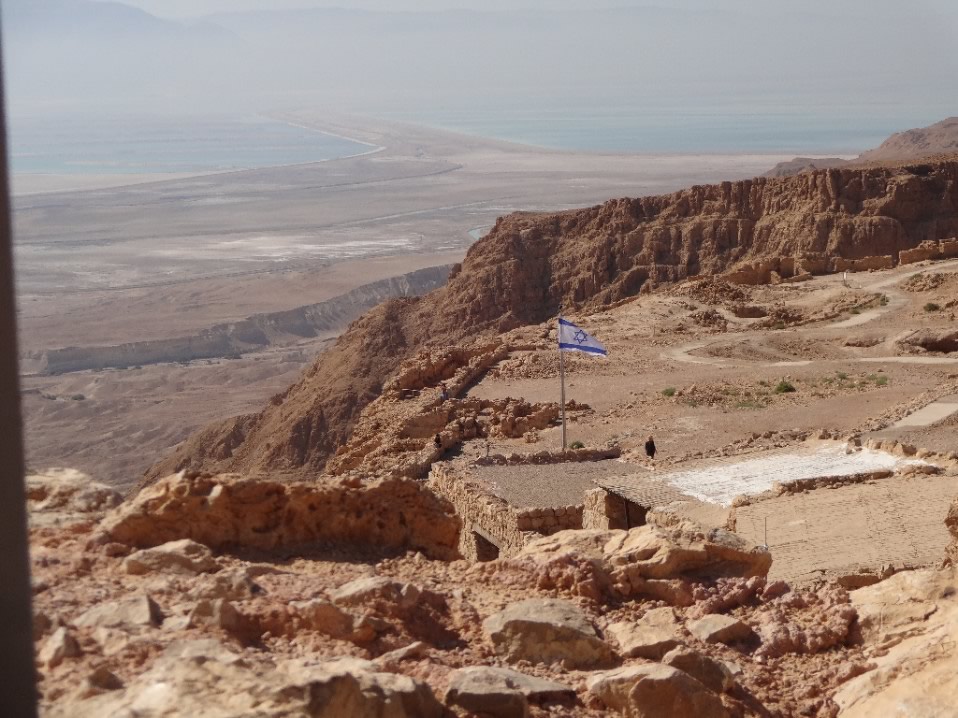 DAN: Two phrases that you hear in Israel are “MASADA SHALL NEVER FALL AGAIN!” and “NEVER AGAIN!” Both of these phrases send chills down my spine when I think about Masada. This fortress was built by Herod as an escape palace and is truly a wonder of the world with its ancient “accommodations” as well as its water collection system. The historical event of the Romans siege and Eleazor and the Zealots’ last stand is epic. The views from atop of Masada are a MUST SEE!

SHARON: The Jewish Zealots who sought refuge at this fortress chose death over slavery, a mass suicide of about 960 men, women and children. They fought a valiant fight and almost, ALMOST, were victorious. The building of this fortress is an architectural wonder. Did you know Herod had his own private quarters, complete with a swimming pool? This was no easy feat considering Masada is 1300 ft. high. No worries – we take a tram up to the top of the plateau where we will explore how these people survived on this mountaintop. 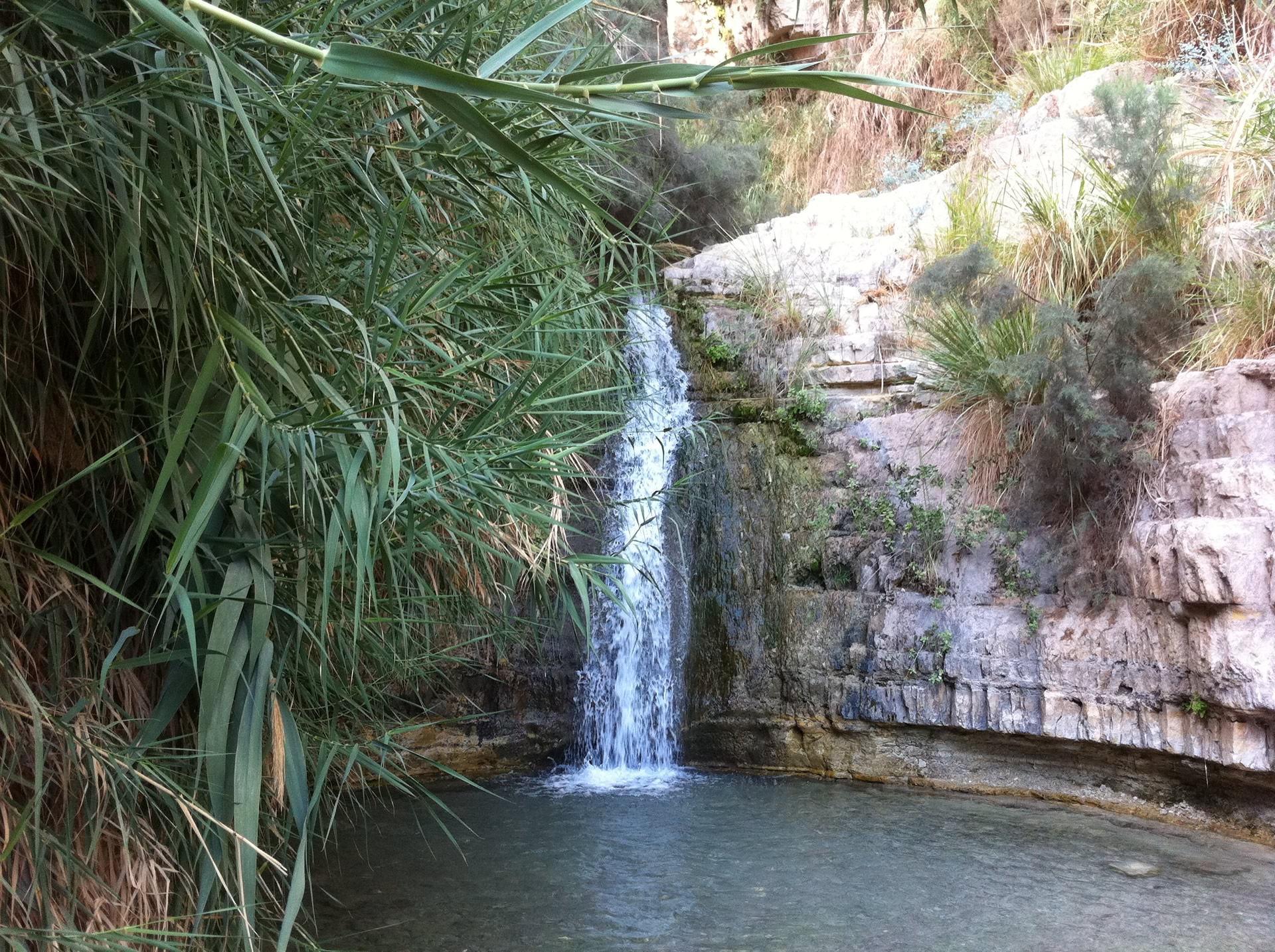 DAN: This is one of those places where you will hear me say – BE STILL and LISTEN – for God will use the rhythm and the sounds of this special oasis in the middle of the desert to speak to you. It will not come as a surprise that this is one of the “sweet psalmist of Israel’s” favorite places; undoubtedly David must have penned many of his psalms near the streams of En Gedi. Be sure to look up and notice all the caves because this also was the place where Saul pursued David. In one of these caves David hid and cut off a portion of Saul’s fringe garment.

SHARON: You never know what to expect at En Gedi. Often there are many ibex wandering around and hyrex (rock badgers) hiding in the trees. En Gedi is a place where you will find me (or not find me) in a solitary place, no doubt plugged in listening to worship music near the stream somewhere). This is a place where you can picture, in your mind’s eye, the roller coaster emotions David felt here as he penned many of the psalms. It’s a place to ponder, reflect, or do both while hiking or finding your own place of solitude. By the way, En Gedi means “Goat Spring” … en or ein is spring and gedi means goat-kid (Ibex). 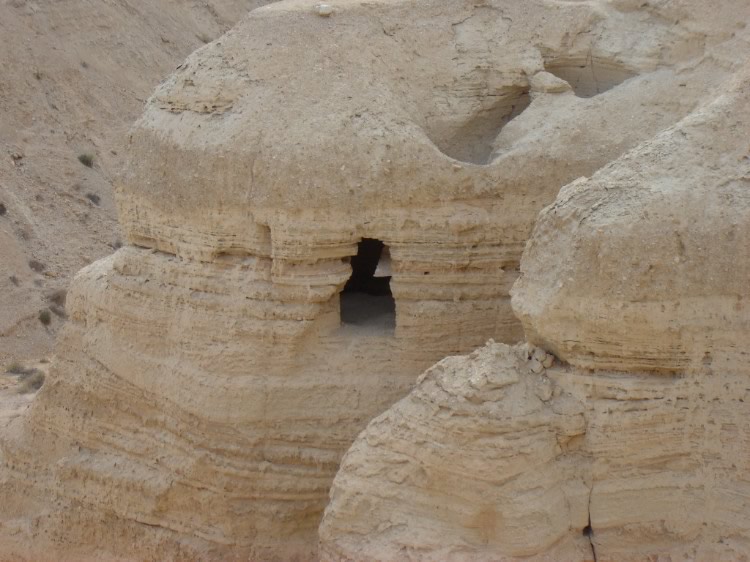 DAN: At this desert place we will stroll out and take a short hike and see the numerous caves that preserved the Dead Sea Scrolls. On our way to this site you will hear the most incredible story about how these Scrolls were discovered and all the “coincidences” that surrounded the dates as well as the means by which they came into Israeli possession. Once Jane finishes her explanation, you will be shaking your head in amazement. For those who LOVE the Word of God, this is a very special place! Later in our tour you will visit the Israel Museum and see some of these ancient scrolls and the pots in which they were contained with your own eyes!

SHARON: As Dan mentioned, the miracles surrounding the discovery of the Dead Sea Scrolls are nothing but the hand of God! For example: A shepherd boy was in search of a lost sheep. There are many caves. He tossed a rock into one, heard a CLANK and something breaking, and went to investigate. His rock had found its mark – certainly a divine “appointment.” Inside the clay pot was a portion of the original scroll from the book of Isaiah. And that’s only one story. Come hear the miracles with us!